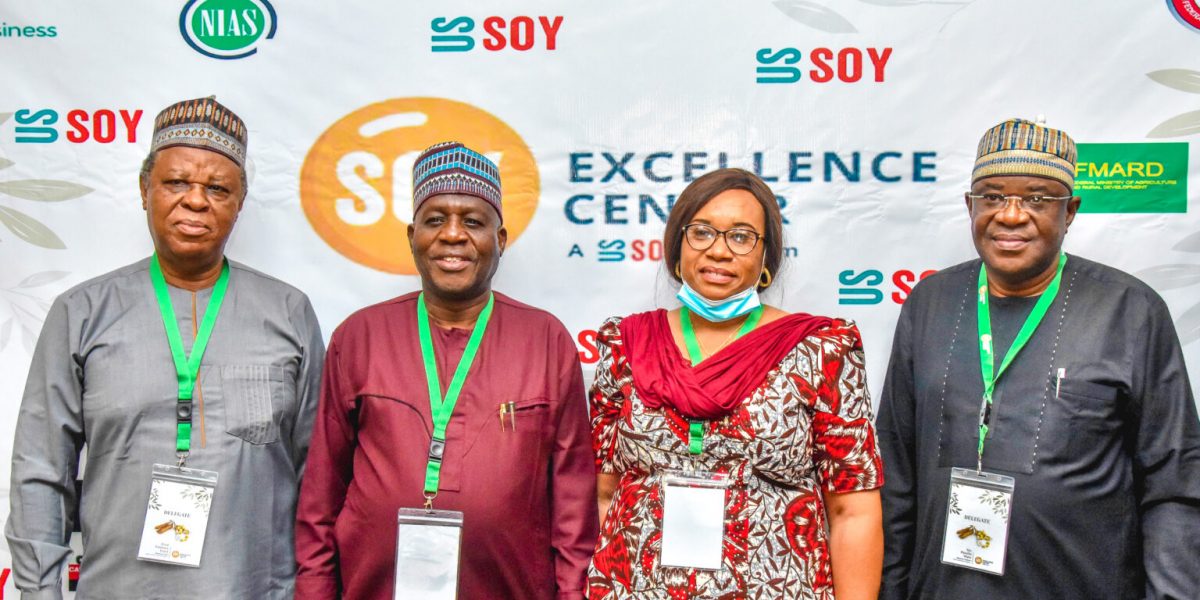 Premier Agribusiness Academy (PAA), an agribusiness training institute in Nigeria has reiterated its commitment towards the development of soybean production through its strategic partnership with USSOY, the Federal Ministry of Agriculture, Federal Ministry of Health, Nutrition Society of Nigeria (NSN), Nigerian Soybean Association (NSA), Poultry Association of Nigeria (PAN), Nigerian Institute of Animal Science (NIAS), International Institute of Tropical Agriculture (IITA) and other critical stakeholders across the soybean value chain.

Toromade, explained that the country is challenged with high protein deficiency amongst both children and adults especially under-five children, adolescent girls, and women of reproductive age which results in malnutrition and other health hazards like stunted growth, underweight as well as infections.

He further explained that the contribution of soybean to protein intake cannot be overstressed as protein consumption is currently inadequate in Nigeria as a result of low production, high cost of production and importation.

“High-quality protein such as soybeans should be available, affordable and accessible by the high and low-income classes in the country especially to the vulnerable class who are mostly affected by protein deficiency and malnutrition.

“To overcome the challenge of protein deficiency and its accompanying health problems, USSOY and PAA as well as other critical indigenous stakeholders across the soybean value chain have agreed that proper, strategic training is of importance.

“The reason why we have such low rate of soybean production in Nigeria is knowledge gap. if people are properly trained in soybean production, they will know when and how to plant, what, how and when to apply which will result in better yield. Our agronomy practice is also a major reason for the deficiency which the Nigerian Soy Excellence Centre (SEC) have developed a curriculum to address,” he said.

He added: “Also, farming will become attractive and more profitable especially to the young because they would have been equipped and trained with the needed skills needed to profit from the production of soybean through the guidance of all critical stakeholders and at a subsidised rate.”

He revealed that the SEC would be training over 500 interested persons between 2020 and 2021 with over 250 already showing interest.

While commenting on the role of the advisory council, Toromade said the obligation of the council was to provide guidance, advice and support in terms of advocacy to government as well as communicate training needs of the industry as it concerns individual sectors including human nutrition, aquaculture, agronomy and poultry.

“This is the first time the private and public sector in the soybean value chain are coming together at this level to chart a developmental course that will result in achieving increase in the production of soybean in Nigeria, reduce the cost of soybean production and make it affordable for human and animal consumption,” he added.

While commending SEC, the Executive Director, Agboola Farms (Soybean Farmer/Aggregator), Ms. Tola Johnson noted the initiative would help to adequately maximize the soybean industry in Nigeria and mitigate protein deficiency through the encouragement of soybean consumption and educating the various strata of the value chain; farmers, processors and consumers.